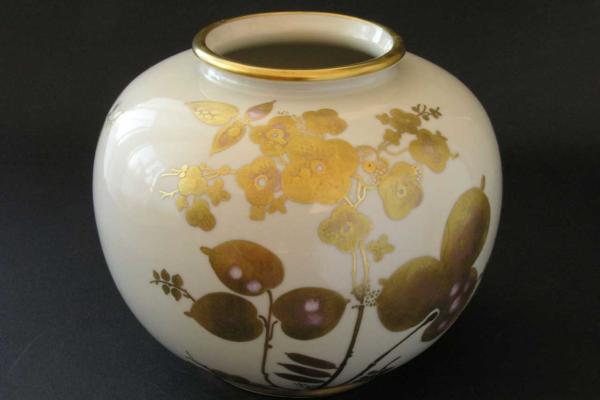 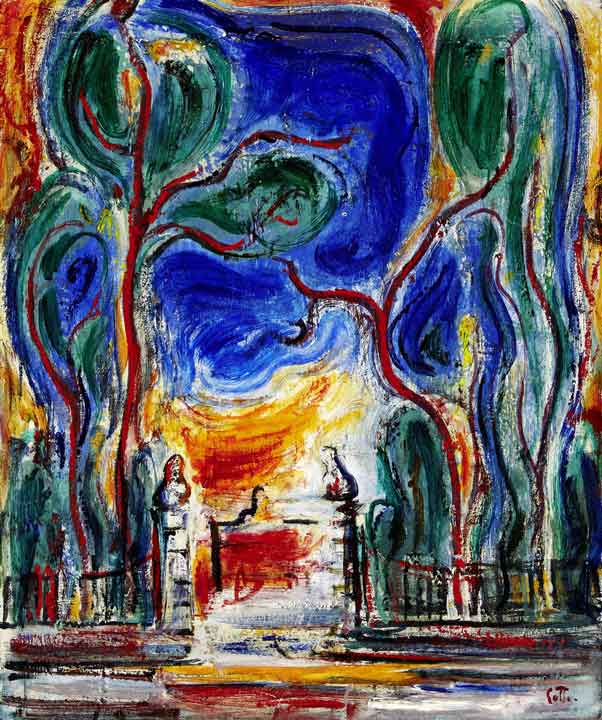 A selection of works in porcelain from the Langenthal Manufactory from 1900 to 1970.

Exactly what constitutes an art show is something that may sometimes no longer be defined even by curators and critics, let alone by artists, who are too focused on creating worlds of illusion and existential modules combined, almost as though some of them were in a constant state of crisis and intent on a thoroughly personal experience that might be equated with a ‘musical score’, something quite other than the commonplace.

We believe that a creative approach of this kind should also be adopted by curators, making them the subjects of art and of work, rather than the protagonists of a world that is in many respects far too institutionalised. The freedom of this fantastic world, with its ability to invent other impossible worlds and non-existent islands, is something beyond price. And acting as a curator, rather than as a mere pen-pusher: that’s how this could well become the way for us to follow.

MELANCHOLIA sets out to follow these guidelines with their randomised, experimental approach, while nevertheless encompassing a discussion of forgotten history, whose causes principal and contributory could have strong links with cultural policy. And within this sort of permanent, pernicious state of melancholy, which dominates our human existence and envelops everything that has ever been, here we find that the malaise of living restores the link between existence and existentialism, consciously and simultaneously redefining the concept of forgotten times and pasts.

In this post-contemporary, post-productive or post-whatever-else-you-like age, we have witnessed phenomena of the replacement of artistic values once considered to be entrenched and indispensable with the dominant concept of strategies about art, in which even this important useless geography – the place of art – has slowly but surely established its roots within the market of museums. In the circles of art and of art history, there has been an almost normal and consequential forgetting of whole series of reference points that would once have constituted the strong points of a culture or even of a space for contemplating artistic creation, whose definition would be traced back to well-defined national, geographic and territorial contexts: so within clear borders.

It is sadly melancholic to realise how the process of forgetting our historical roots, and so also the consequential shift undertaken by many artists, their work and even their entire generation in just a handful of decades, now opens the way for us – almost as though it were a natural epoch-making attitude of study and of resistance – to experience glimmers of research and of revival of artists that the younger generations neither know nor remember, barring their way to engage in research.

The exhibition shows works by artists who have made their mark, whether major or minor, on an era within a place and some of whom have been forgotten, as though their work – which remains an important step in the construction of an historical corpus – were no longer worthy of consideration or vital for our historical and geographic recognisability within its borders.

Today more than ever before, an object’s value is its cost: to have value, a work of art and its creator must be well embedded in and surrounded by a market of their own. Quality is no longer enough. In recent years, museums and public and private foundations have created a fully-fledged policy of investments at variable rates of interest. Those who do not generate a sufficient return in those investments end up first in a deposit somewhere and then in a disposal facility. In the course of time, the auction houses very often become those disposal facilities and the various depressive neuroses of the society we inhabit, places where the market losers can be recuperated, or again those who did not know how to ride the wave of this new form of cultural promotion…, because they were unpopular with the powers-that-be or because they irritated some fastidious, prickly curator, or quite simply – as is often the case – as a way of breathing fresh life into extra-ordinary works by artists of equal importance for our history. In recent years, even art dealers have started to fizzle out, making way for unknown little antique dealers selling books, papers, works and all sorts of other things, who sometimes inject a little blood back into our inborn creative curiosity.

The approach of continuous research conducted outside conventional channels is thus said to erect a question mark against the status of the Museum as a place of art, of conservation and of memory, but above all of dialectic provocation. But no: is the climate profitable and politically in vogue? Then let’s push climate and the rapidly melting glaciers. Then what about migration flows? Well of course, without wasting neither the opportunity nor a moment, we must certainly all invite artists from the Fourth World: as long as they come from places of disruption and utter misery, the fact that we may not be able to glimpse even a shadow of the slightest professional quality is of no significance at all.

Increasingly often – and that is something we can glean from numerous articles in the press – there is a call for an analysis to be made of the phenomenon (one that is actually already on the wane, but has now also made its vigorous way into the art world) of the influences exerted on culture by certain economic and market forces, and for a debate to be engaged in sooner rather than later. The art market has created some monstrous paradoxes, such as the case – to name just one – where the profit goes to someone to the detriment of others. That is what happens these days in the field of culture and academia.

And at the same time reality has surpassed art: and we shall possibly be nourished less and less by art, except once again in the occasional respectable drawing room.

Your ticket for the: Melancholia / Wunderkammer Langenthal