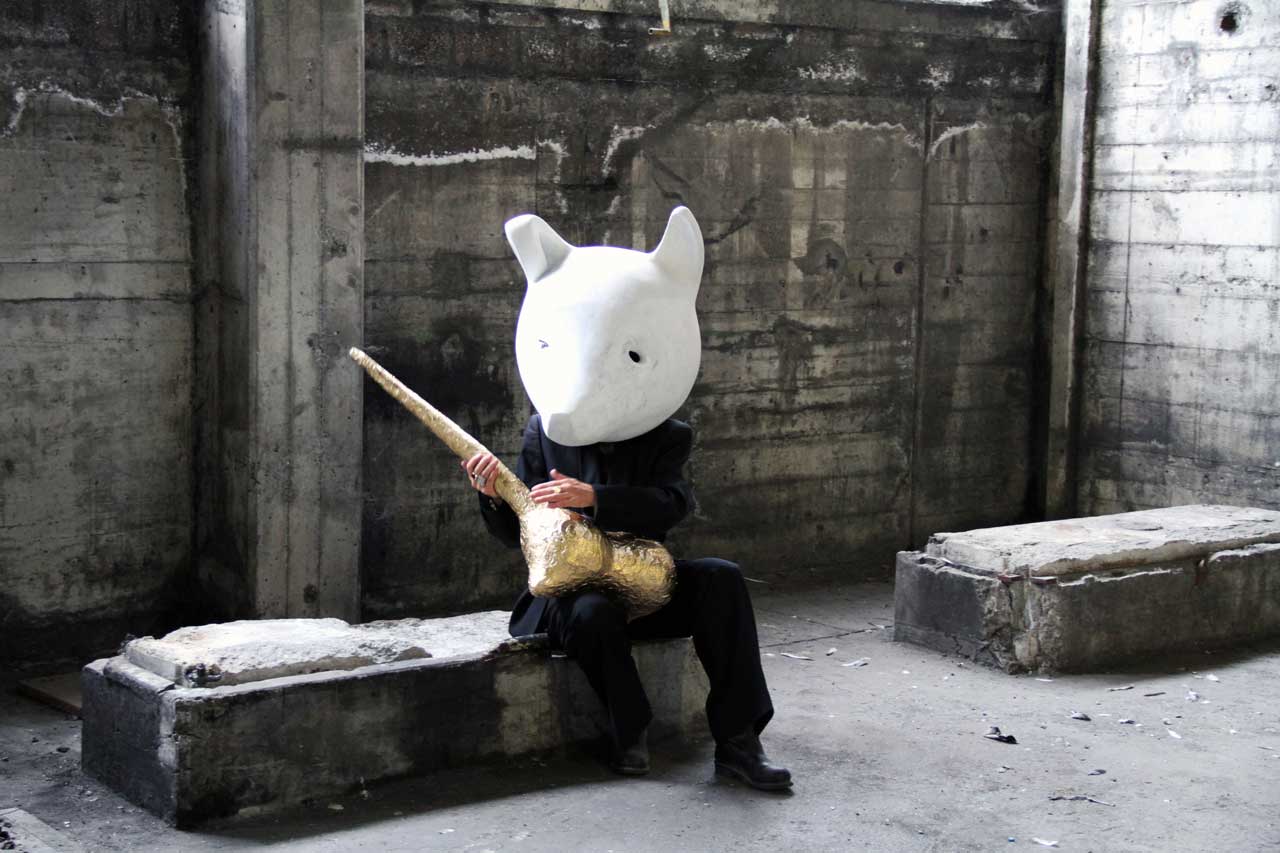 BATTLEFIELDS OF CUPIDITAS is a thematic exhibition project by the artist Nina Staehli (born in 1961, she now works between Lucerne and Berlin). The project comes to the MACT/CACT after two previous venues: the first was held in the Kunsthaus Zofingen, the second in the Galerie Fuerth in Germany.

The project is sweeping in scope, ambitious, at times exaggerated but exuberant, and in progress by virtue of its topic and above all of the implications that accompany it: for the approach it adopts to its forms and to its raunchy, lewd contents, and for the provocative, attractive voyeurism that is unleashed by the interaction between the work and the public’s inevitable desire to look and to see, somewhere between the thought and the body.

Perverse is also the right word to describe Staehli’s relationship with research, as with the theme that she tackles and develops in the course of her work and her life. That theme succeeds in transforming its cupidity – the unrestrained, obtrusive desire, almost sensual and corporal – into a social and political battlefield. There is no brake on what the artist sets out to convey through a creative, stylistic process that, however, also becomes the life lived by everyone. This exhibition is actually a sort of visual itinerary, where the tactile, theatrical and performative meaning is solidly present and where the senses are extremely stimulated, almost as though Staehli’s art were a mirror of the lives that each one of us lives… and has the potential within us to live. Her project is total and all-embracing, staging life and death, body and soul in a pièce that is almost theatrical, at one and the same time an allegory and a metaphor of human existence and transience.

But this project’s cupidity is also the mirror of contemporary society’s ceaseless striving to dominate everything and to take possession of every individual freedom, in a global context that is obsessed with consumption and with hysterical growth. This the artist manages to redirect and transfer into her personal unease and desire, thus creating an endless array of references to diverse relationships of strength between freedom and power and providing access to an equally irrepressible, continuous existential process in perpetual mutation.

In her formalisation, Staehli creates utterly scenic moments in the various different rooms, all with the character of installations in which visitors find themselves passing through, as part of the process of reliving highly intimate, personal moments, balanced between the concept of inside/outside and of intimate/social. While visitors may sometimes find themselves playing a leading role in a more objective interpretation of a given work, in other cases they become unconscious, almost organic elements within a body that hosts them and manages them, almost as though they were (re-)becoming an animal body in the totality that surrounds us or themselves elements of a body larger than ourselves.

From an analytical standpoint, Staehli launches an ironic, but above all sarcastic proposal: that of the paradox of a civil and political world that is only capable of expressing that totality by falling back on a social striving, as confused as it is incomprehensible, that turns out to be increasingly less representative of the image it projects of itself. It’s as though the at times even grotesque trait of her work were fundamentally to question the relationship between image and representation, between reality and truth. Nina Staehli captures her audience with her sensuality and emotion, artfully strengthening the close relationship between the work of art and its emotive tangibility. And so the provocation triggered by the relationship between significant and significance induces society to approach the concept of ‘acquiring a (virtual) image’, rather than experiencing it in reality, as the artist also focuses attention on the socio-political consequences of a societal fabric that is increasingly orphan of a managerial class and incapable of instilling a strong existential and cultural sense in the individual in the framework of his own universe.

Register for Exhibition: Battlefields of Cupiditas

Your ticket for the: Battlefields of Cupiditas